Bella knew she had to keep her puppies safe, so she did the only thing she could do: the chained dog dug a shallow hole, and she placed her puppies inside and watched them. Bella, is a 5-year-old Siberian husky mix , and she was one of 46 animals found on a property in Henderson, Texas, in June.

A woman who lived on the property had these animals, including 28 dogs, nine kittens , six puppies, two cats and a turtle in deplorable conditions. The woman was not doing much to care for the animals, and when a rescue team arrived from the  SPCA of Texas, it could be observed that they did not have adequate food, water or shelter.

Unfortunately, the help arrived too late for some: the bodies of several dead animals were found scattered on the property.

Chained dog digs a hole to save her puppies 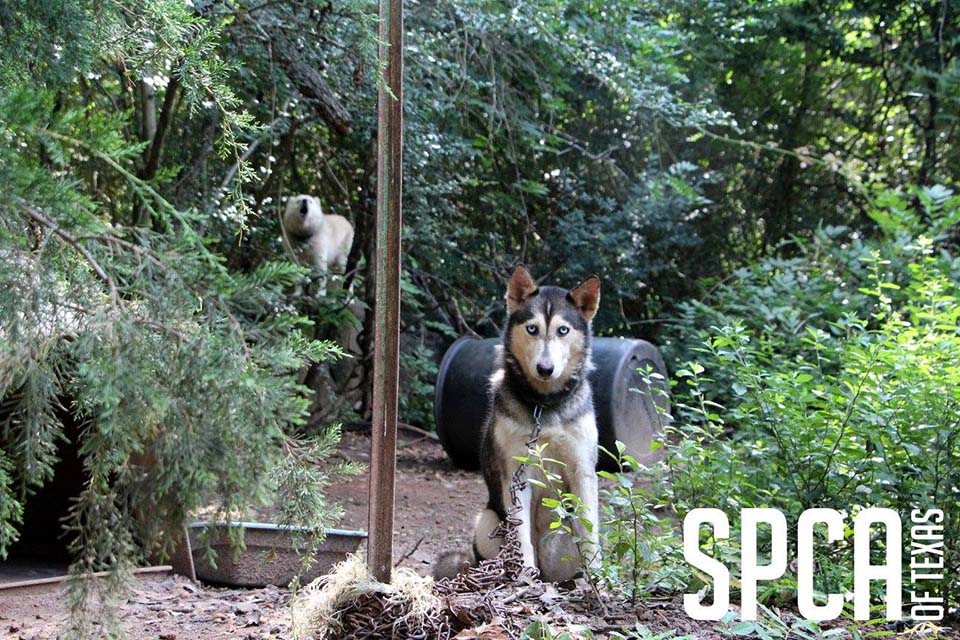 Some of the animals that were still alive were locked in cages, and many dogs lived with heavy chains around their necks and some animals had chains so embedded in their necks that they were even deeply wounded. Kristen Kerr, of the SPCA of Texas, told The Dodo: 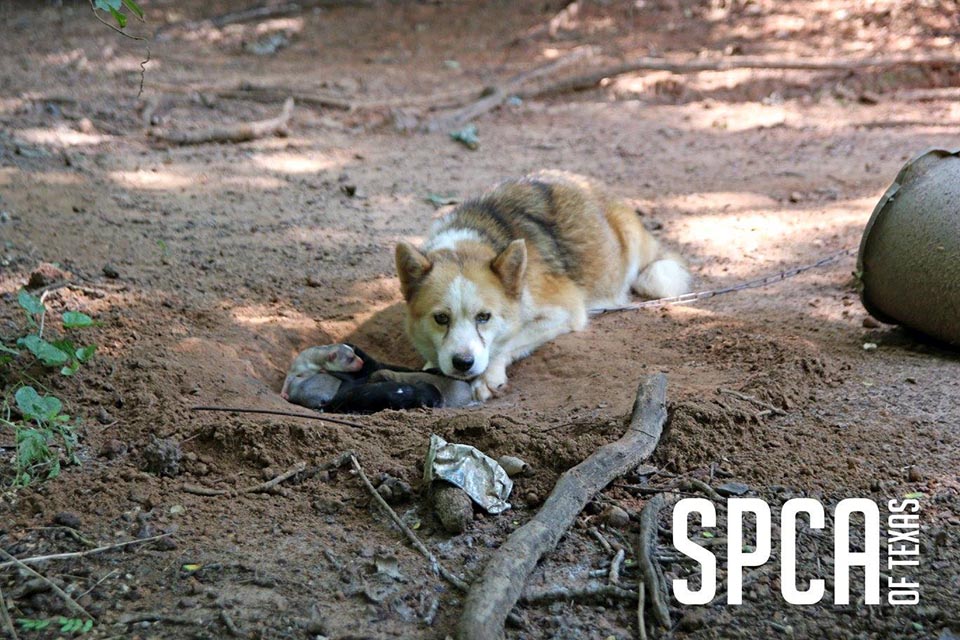 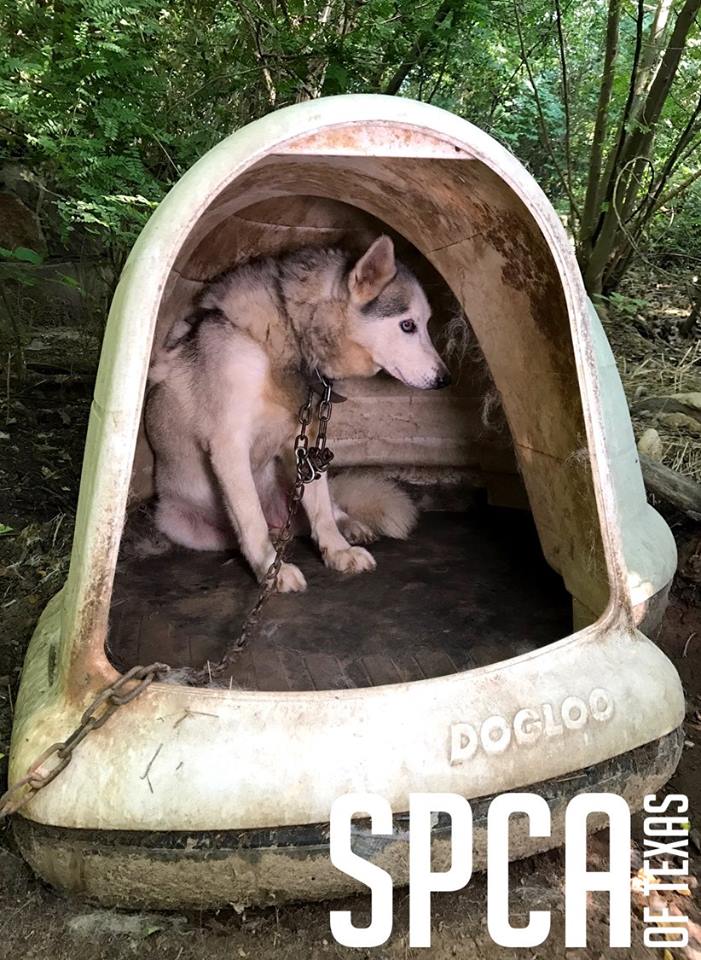 It is not surprising that the animals had very bad health.

“They were suffering from various health issues, including hair loss, long nails, eye discharge and flea infestation, most of the dogs tested positive for heartworms, which the SPCA of Texas provided treatment for.”

“Their emotional state was fragile, a lot of these dogs were reserved and unsure of human touch. The SPCA of Texas staff and volunteers worked tirelessly to help these animals learn to trust and to accept a nice, loving touch.”

But it was Bella and her six puppies who really broke the hearts of the rescuers. 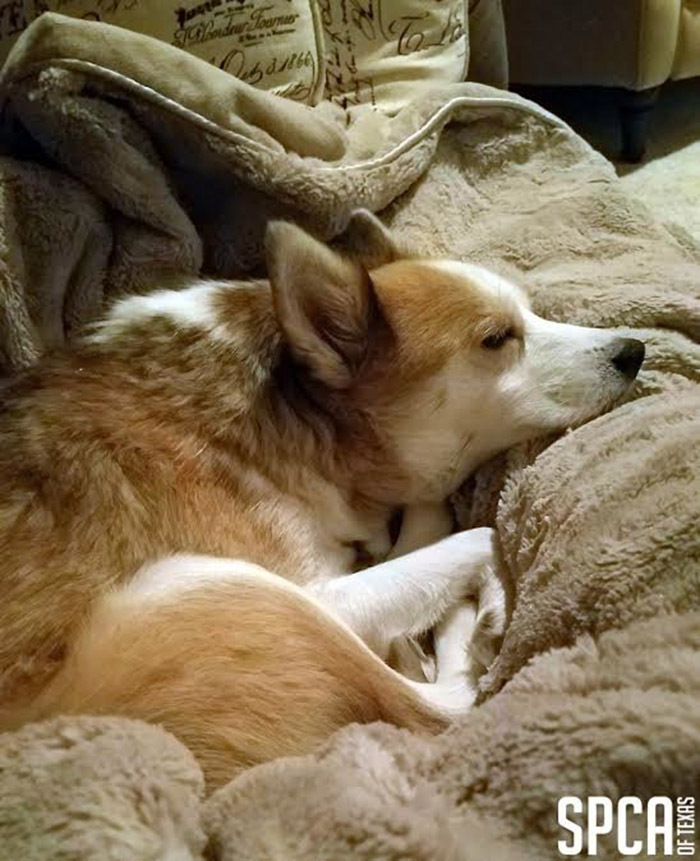 “The only protection she had from the elements was the little shade the tree was providing, she had access to food, but water was not easily accessible and what little was there was dirty.”

But despite living in terrible conditions, Bella did everything she could to protect her puppies.

“Bella had dug a hole for her puppies, right besid

e where she was found chained, so that they could be cool and protected, the puppies were only a day or two old when we rescued them.” 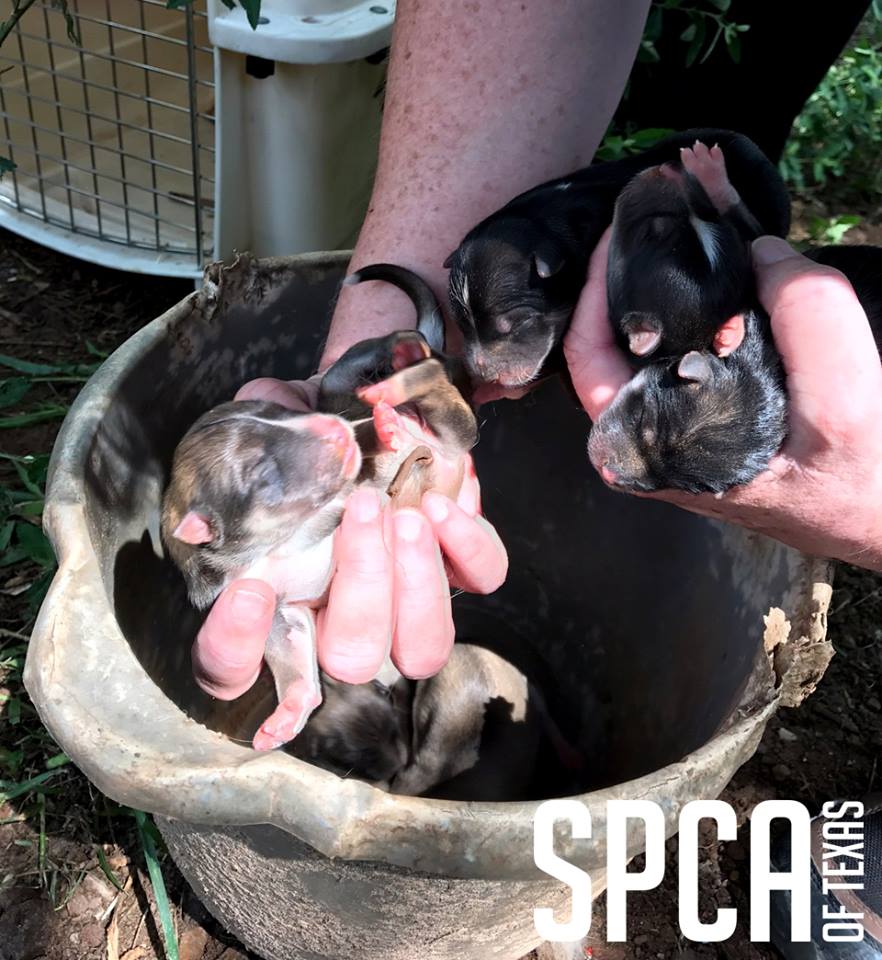 “It’s likely that her strong maternal instincts and dedication to caring for her puppies, despite the tough situation she was in, is what kept them alive”

Fortunately, all the animals on the property got the help they needed. After receiving emergency medical attention, dogs, cats and turtles were placed in foster homes. 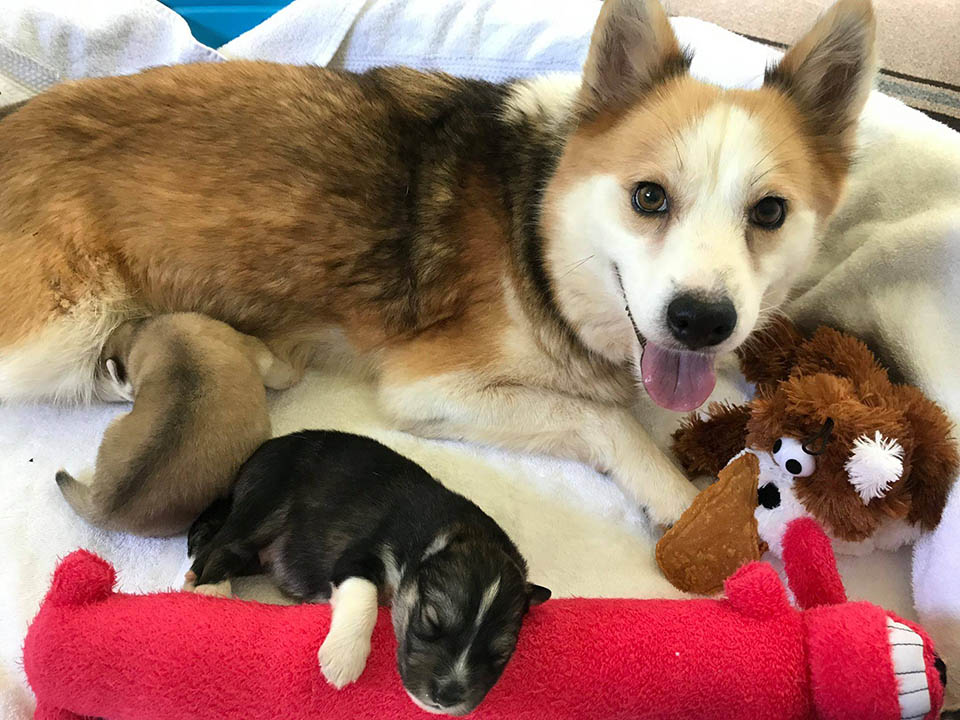 “The most emotional part of this case was watching these initially shut-down and reserved animals find confidence, happiness and optimism through the compassion and love that the SPCA of Texas’ team provides,”

Bella’s six puppies spent several happy months with their mother in foster care. And when the puppies were big enough, they were all adopted by loving families. Bella also found a family. 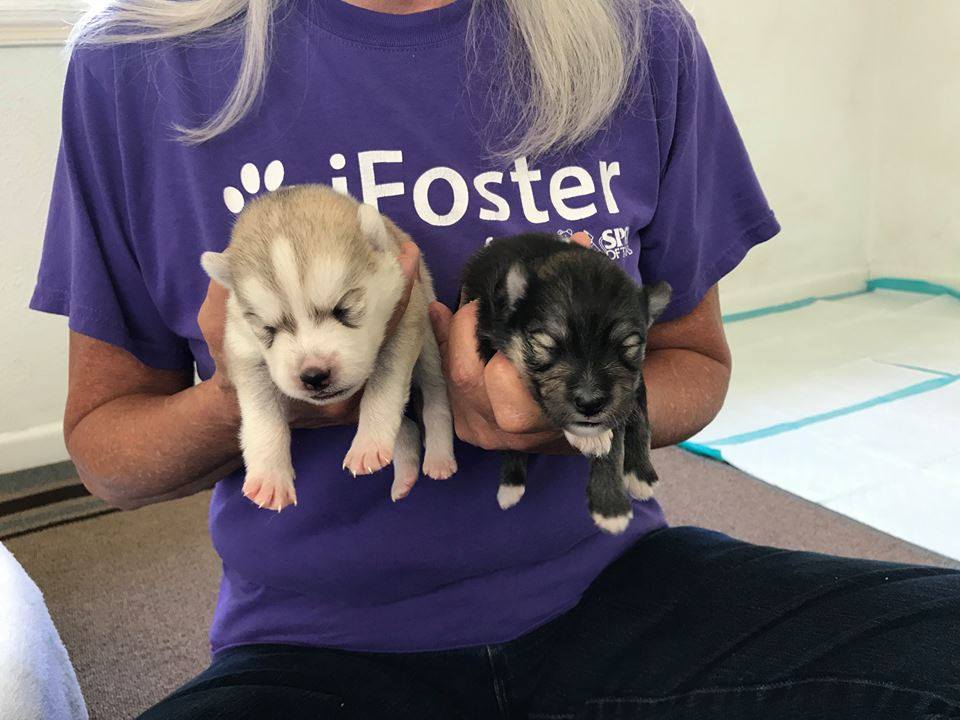 “Because of our foster program, Bella and her puppies were able to get a second chance, and they all found loving and forever homes, the puppies were adopted at an offsite event, and Bella was adopted through our Foster Ambassador Program.” 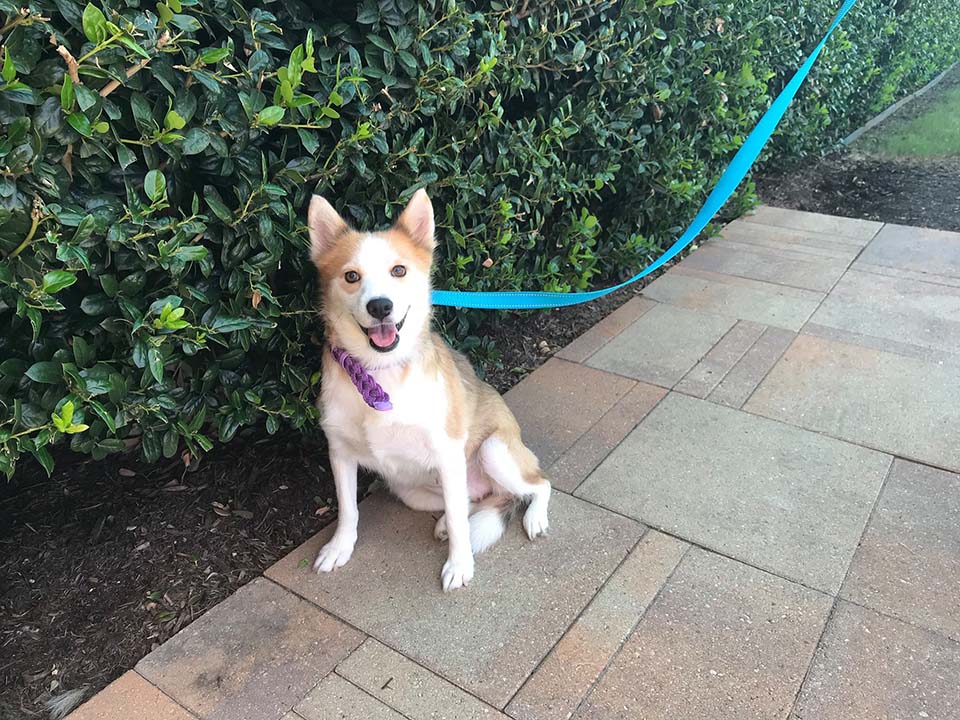 “Bella’s wonderful foster mom helped pick the perfect home for Bella, a home where she could thrive and finally find peace”

Girl stares into the eyes of this dying dog and refuses to give up until a miracle happens
Animal, pets

Conectar con:
Facebook
Back to
log in
Choose A Format
Personality quiz
Series of questions that intends to reveal something about the personality
Trivia quiz
Series of questions with right and wrong answers that intends to check knowledge
Poll
Voting to make decisions or determine opinions
Story
Formatted Text with Embeds and Visuals
List
The Classic Internet Listicles
Countdown
The Classic Internet Countdowns
Open List
Submit your own item and vote up for the best submission
Ranked List
Upvote or downvote to decide the best list item
Meme
Upload your own images to make custom memes
Video
Youtube, Vimeo or Vine Embeds
Audio
Soundcloud or Mixcloud Embeds
Image
Photo or GIF
Gif
GIF format